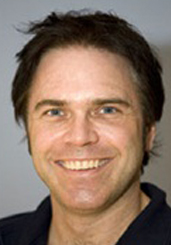 I practice what I preach.  I started new shifts in August.  Previously all my shifts were within 3 miles of where I live and I ran/walked or cycled in. However now I work in Brixton on Wednesday mornings before then going to a clinic just off the Old Kent Road in the afternoon.  The Brixton clinic is 6 miles from where I live and the Old Kent Road clinic is 3 miles away.  The clinics are 3 miles apart.

On my first visit to the Brixton clinic I took the tube to suss out the place and check the shower facilities.  On my second visit I decided to run there.  I was slightly daunted as this meant getting up at 6 am and then starting to run by 6.15 am.  I prefer by far to exercise at least an hour after waking up and get better at exercising later on in the day.  But at least it was the summer when I started and it was warm and light.  I had mentally mapped out the route and had it written on a bit of paper 1980s style in case of a wrong turn.  The worst part of the route was having to run through the Rotherhithe tunnel at the start and of course to finish as I returned home.  There is a foot path in the tunnel and pedestrians are allowed through, it’s just not a great atmosphere as you can imagine.  I also intended to run between clinics.  I have an hour transit time to run 3 miles which should be time to run and shower before having some lunch.  Then it’s 3 miles home with the Old Kent Road clinic conveniently half way between my home and the Brixton clinic.  So if I could run it all I’d run 12 miles in the day.  This initially seemed a lot but it would take no more time (and in fact less time than public transport on certain sections) to run than it would to take other forms of transport.

My first time was slower than I’d have liked (most of my training for the past 6 years has been sprint/change of direction/power drills along with cycling, some weights and playing football with few long runs) at about 55 minutes there and 30 minutes in between clinics and 30 minutes home.  Since August I have run to/during/from work on every Wednesday apart from two mornings when I have to admit to taking the tube in but ran the other two sections.  This has saved me £5 in travel fares each time, saved me about 30 minutes a day sitting on buses or on a tube as my run has been quicker than the bus/tube and enhanced my fitness.  It’s cold and dark now starting out but the exertion of the run there is now much less and I’m completing it in about 42-44 minutes.  And I get home slightly earlier than taking the tube with no need to exercise once back.  This may seem extreme to some but I have found adding this exercise into my training programme eminently do-able and I feel much better for it with the knowledge I’m going to feel better for it in the future too.

Want to join the discussion?
Feel free to contribute!

This site uses Akismet to reduce spam. Learn how your comment data is processed.

How Much Does Absence Cost Your Organisation? Find Out More

4/5
Rukia
Payroll
“Within my first session, my physiotherapist was able to identify and then treat the problem with my back. They then she showed me various exercises that would prevent recurrence. She is very professional and very friendly. I would definitely recommend Back in Action UK to anyone in need of Physiotherapy in the workplace. Thanks again for all your help”
5/5
Matthew
Health and Safety Manager
“Since Back in Action UK have been working with our company we have seen a large decrease in lost time in musculoskeletal injuries due to their efficient treatment and modern techniques. The staff are always courteous and friendly while maintaining a professional approach. This service has raised employee morale and shown our company in a caring, supportive light. I would not hesitate to recommend Back in Action UK to any company who needed a physiotherapy service.”
Show More
“The Wonder of Exercise: A True Elixir” explains our Clinical Director,...Can physiotherapy help your headache?
Scroll to top