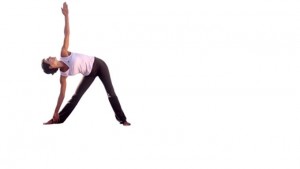 Pilates – a fantastic way of improving your posture, flexibility and core strength.

As you may guess from the title of this blog – I am a massive Pilates fan – both as a physiotherapist and as someone who has suffered with back and shoulder pain.

Pilates was originally created by Joseph Pilates in the early 1900’s.  Joseph, had a background training others in self defence, and over the years began to develop exercise ideas that would later become known as the ‘Pilates method’.  But it wasn’t until he moved to New York in the 1920’s that he opened a studio for the practice of Pilates – which was closely associated with the New York National Ballet.

For many years Pilates largely remained within the dancing community, it wasn’t until after his death that, with celebrity endorsement, it has become a more mainstream form of exercise.  It is increasingly supported by the medical community – particularly physio’s!

So, what is Pilates?

Pilates is a low impact exercise for the whole body that can be done in purely matt based form, or using equipment.  It works on improving flexibility, posture, muscular control and endurance.

Research is still a little scarce on the effect of Pilates but what is out there is generally positive – it has been shown to make a significant difference to flexibility and muscle endurance for those that have no physical problems, as well as for those suffering from chronic lower back pain.

There are many advantages to this form of exercise –

It is suitable for all ages, can be adapted to the needs of those that are very fit and strong as well as those in injury rehab or who haven’t exercised in years.  It also has a very low incidence or injury, unlike many other higher impact sports.

One thing that Pilates won’t do is improve your cardio-vascular fitness, so ideally it will make up a component of a varied weekly exercise regime.  For instance you may do Pilates twice a week for flexibility and control, running/cycling/swimming twice a week for cardio fitness and sports specific or strength training once or twice a week depending on your exercise goals.  Sounds like a lot?  The nice thing about combining Pilates with a cardio regime weekly is that its so different, we don’t always feel like a fast and furious bike or running session, the slow tempo of Pilates can be a great anti-dote to this and to the stresses of the day – whilst still challenging your body.

In terms of injury prevention or rehab Pilates is brilliant –

Many sports enthusiasts are understandably focused on increasing strength or fitness for their chosen sport, but all too easily neglect flexibility – this increases the likelihood of injury.  You also may not be aware of subtle imbalances in muscle strength developing when you are training – for instance, all those guys emulating massive shoulders and biceps – when was the last time you worked the muscles around your shoulder blades?  Or for all the runners out there – do you know how to work the muscles on the sides of your hips?  For everyone else – who can touch their toes?!  Having short hamstrings is implicated as a contributing factor to so many injuries! 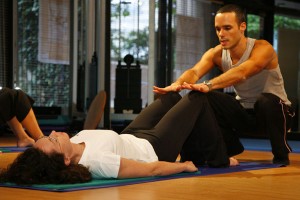 Pilates at our Tower Hill clinic

You will be surprised at your body’s unique strengths and weaknesses which practicing Pilates will help you discover and work on – so why not give it a go!

If you live or work in the central London area then it’s your lucky day!  We work with a Pilates team who run classes at our Tower Hill clinic – look on our website for details – www.backinactionuk.com or tweet me with any questions @julietphysio

Want to join the discussion?
Feel free to contribute!

This site uses Akismet to reduce spam. Learn how your comment data is processed.

How Much Does Absence Cost Your Organisation? Find Out More

4/5
Rukia
Payroll
“Within my first session, my physiotherapist was able to identify and then treat the problem with my back. They then she showed me various exercises that would prevent recurrence. She is very professional and very friendly. I would definitely recommend Back in Action UK to anyone in need of Physiotherapy in the workplace. Thanks again for all your help”
5/5
Matthew
Health and Safety Manager
“Since Back in Action UK have been working with our company we have seen a large decrease in lost time in musculoskeletal injuries due to their efficient treatment and modern techniques. The staff are always courteous and friendly while maintaining a professional approach. This service has raised employee morale and shown our company in a caring, supportive light. I would not hesitate to recommend Back in Action UK to any company who needed a physiotherapy service.”
Show More
Timika’s Race for LifeTake the Plunge!
Scroll to top