This week sees the Commonwealth Games, one of the largest multi-sport competitions in the world, in full flow. With over 4,500 competing athletes, it is a spectacle of sporting greatness and in this post we’ll look at the history of the games and what exciting events have taken place this year. 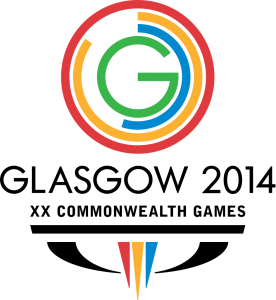 History of the Commonwealth Games

Originally called the British Empire Games, the first was held in Canada in 1930 and featured 400 athletes from 11 countries competing in 59 events. Taking place every four years since then, the now titled Commonwealth Games has become the fourth largest multi-sport event in the world, with numbers far outshining those of its primary years. Whilst originally being for single competition sports events only, the 1998 Games in Kuala Lumpur saw the inclusion of team sports for the first time, including rugby, netball and cricket. The 2002 Games in Manchester also saw elite athletes with a disability take part in full medal events, making it the first multi-sport competition to do so. Now with thousands of participants in a wide range of sports, it continues to innovate and excite.

This year’s Commonwealth Games look set to be as exciting as ever with over 4,500 competitors participating in 17 sports and 261 medal events. Scotland is well versed in the welcoming of the games having hosted the event on two previous occasions (1970 and 1976) and has also held competitions in every sport included in this year’s competition. Para-sport is playing a larger part in Glasgow too with a record breaking 22 para-sport events including weightlifting, cycling and athletics appearing this year – the Commonwealth is doing a great job of continuing the pioneering para-ethos started by the 2012 Olympics in London. A few sports have been removed from the lineup – archery and tennis have made way for judo and triathlon – and sports disciplines synchronised swimming and Greco-Roman wrestling have been removed, with mountain biking being contested for the first time in over a decade.

The Legacy of the Commonwealth Games

This summer has truly been a summer of sport and with the Commonwealth Games lasting until the 3rd August, the passion and drive for sporting excellence is set to continue. Just days into the competition and records have already been broken, including Australia’s women’s team beating the record 4x100m freestyle relay time by over seven tenths of a second, previously set by the Netherlands. Adam Gemili’s secured a stunning silver medal in the 100m and Jazz Carlin has won the first gold for 40 years in the pool for Wales. With over 1 billion people tuning in for the opening ceremony too, the excitement surrounding this year’s competition has far exceeded that of 2010’s Games in Delhi and, with Scotland’s recent political upheaval, all eyes are on them to showcase the Games with the appropriate style and anticipation befitting such a prestigious competition.

Even after the Games have ended, the legacy for Scotland is set to live on as well as the memories for the sportspeople who have taken part and the audience watching at home. Often, sporting competitions such as this inspire many to want to get out and take part in physical activities that both challenge and stimulate, and taking care of your body during any exertion is imperative if you are to reach your full potential, physically and emotionally.

So – that’s where we come in! Contact a member of our corporate physiotherapy team in London if you or your friends/colleagues have got a little bit over-enthusiastic from this years games and are nursing any aches or pains…we know we are!

Kenny Butler find me on Google+.

4/5
Rukia
Payroll
“Within my first session, my physiotherapist was able to identify and then treat the problem with my back. They then she showed me various exercises that would prevent recurrence. She is very professional and very friendly. I would definitely recommend Back in Action UK to anyone in need of Physiotherapy in the workplace. Thanks again for all your help”
5/5
Matthew
Health and Safety Manager
“Since Back in Action UK have been working with our company we have seen a large decrease in lost time in musculoskeletal injuries due to their efficient treatment and modern techniques. The staff are always courteous and friendly while maintaining a professional approach. This service has raised employee morale and shown our company in a caring, supportive light. I would not hesitate to recommend Back in Action UK to any company who needed a physiotherapy service.”
Show More
Can physiotherapy help your headache?How Corporate Physiotherapy Helps People, Businesses and the Economy
Scroll to top