Back pain contributes to one of the largest demographics of pain sufferers in the world. According to a major international research study, back pain causes more sickness than heart disease and malaria, and the results also show that it is becoming an issue for an increasingly young demographic.

Back pain is contributing to more years lived in pain over any other condition, affecting millions. Modern life has influenced this epidemic, with a large majority of the working population spending much of their day hunched at computer desks at work, or in stagnant positions at home. People were analysed in over 188 countries and with back pain topping the list of most time felt in pain, it is evidently becoming one of the biggest problems that needs addressing.

The biggest worry surrounding this epidemic is that it is beginning to affect people at a far younger age than before, with men below 30 forming the highest demographic of new complainants. The use of smartphones and tablets is often associated with slouched positions and with little knowledge of physical ergonomics, the chances of back pain are dramatically increased. Research from the British Chiropractic Association shows that a staggering 82% of men in the UK are currently suffering from recurring back or neck pain with nearly a quarter feeling it every single day. This shocking statistic is proof that more specific effort must be made by both individuals and employers to combat a condition which contributes to billions of pounds lost by businesses and health services. 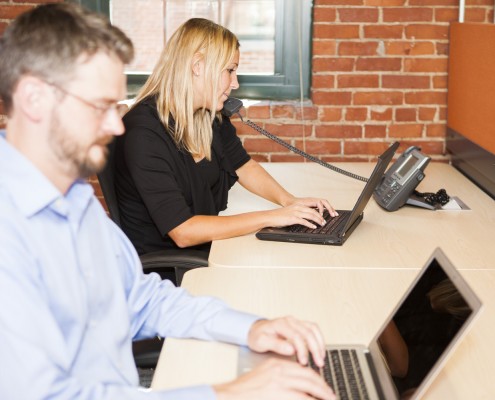 Prevention as a Cure

The research we have seen shows that an increasingly younger population are unaware of the damage being caused and lack knowledge of preventative methods. Occupational physiotherapy is one of the most effective ways to ensure employees have the professional healthcare tools at their disposal to reduce the chances of back pain or musculoskeletal disorders. With a dedicated service at work, people are more likely to adopt important beneficial changes in their private time as well.

The BCA study notes that up to ten million workdays were lost last year due to back pain, costing UK workers £1billion in earnings. With this in mind, there must be an increased focus from both employers and workers to embrace a new lifestyle. Simple steps can be taken, from learning the right sitting posture to getting half an hour of dedicated movement a day.

With four in five men under 30 suffering from back pain, there is a very real concern for the productivity and morale of a massive portion of the working population.

https://www.backinactionuk.com/wp-content/uploads/BIA-Website-Logo.png 0 0 Charlotte Waller https://www.backinactionuk.com/wp-content/uploads/BIA-Website-Logo.png Charlotte Waller2015-07-08 14:58:032015-07-08 15:08:53Epidemic in Under 30s: Shocking 1 in 4 Men Suffering with Daily Back Pain
How Much Does Absence Cost Your Organisation? Find Out More

4/5
Rukia
Payroll
“Within my first session, my physiotherapist was able to identify and then treat the problem with my back. They then she showed me various exercises that would prevent recurrence. She is very professional and very friendly. I would definitely recommend Back in Action UK to anyone in need of Physiotherapy in the workplace. Thanks again for all your help”
5/5
Matthew
Health and Safety Manager
“Since Back in Action UK have been working with our company we have seen a large decrease in lost time in musculoskeletal injuries due to their efficient treatment and modern techniques. The staff are always courteous and friendly while maintaining a professional approach. This service has raised employee morale and shown our company in a caring, supportive light. I would not hesitate to recommend Back in Action UK to any company who needed a physiotherapy service.”
Show More
Football Focus: Back in Action UK Attend Football TournamentBurgers and Benefits: Back in Action UK Visit London City Airport
Scroll to top